Designed and engineered in Japan for the world launch in Australia and New Zealand where distance is everything. Uniden’s XDECT R002 has been purpose built for Australia and New Zealand. Ideal for high-density urban living – the XDECT range is wireless (Wi-Fi) Network Friendly meaning the cordless phone will not interfere with other wireless networks in the surrounding area.

The Optional Repeater Station is compatible with:

This product is an Indoor Repeater Station to enable you to expand and enjoy all the features of your Uniden XDECT R Series Cordless Phones. 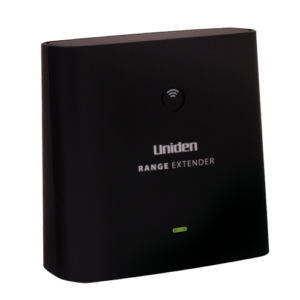